Nothing makes us happier than helping one of our customers design and build the Porsche vehicle of their dreams. We know better than most the difference a professional repair or modification job can do for a vehicle.

Many of our clients are keen Porsche enthusiasts, with a deep knowledge of what’s going on under the hood of their car. For them, their vehicle is their pride and joy and they like nothing better than tinkering with it themselves, putting much love and affection into the process.

We say this, because it’s important to recognise the passion other Porsche owners have for their vehicles. However, passion and enthusiasm only gets you so far. Porsches are masterpieces of precision engineering and, unless you have the skills and experience that comes with decades in the trade, sooner or later you’re going to have to seek professional help.

Which is where we come in…

We were approached by a client who wanted to customise his 997 Turbo so it would rival what is (in his opinion, at least) the best Porsche ever made – the GT2RS. Since the odds of him ever laying hands on that particular model were as close to zero as makes no difference (the GT2RS having had a super-limited run of only 500 cars), upgrading his second-hand 997 Turbo was his best chance of getting the ultimate Porsche experience.

What we had to work with

The car our client brought to us was a good-looking piece of kit to begin with – a gleaming black, first-generation 997 Turbo with 14000 miles on the clock, the original Mezger engine, PCCB ceramic composite brakes and a manual gearbox. It was in a lovely condition, but had already undergone some modifications before we got our hands on it, which led to a few problems.

He had replaced the wheels, lowered the car, and carried out a centre-lock conversion. He had also had GT2RS side skirts fitted and made some minor aesthetic changes to the exterior trim. The work was fine, but it was hardly the major conversion job that he had set out to achieve. 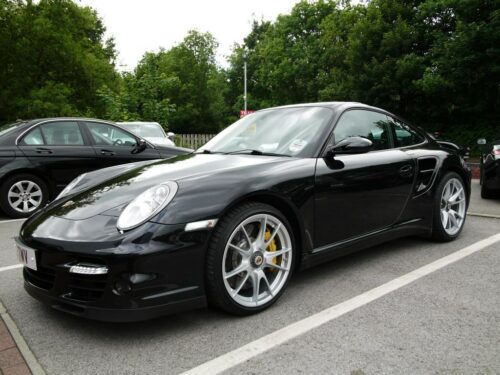 He made the right decision to visit our Liverpool workshop to see some of our handiwork for himself and to discuss exactly what he wanted from the conversion. Pro-tip for any Porsche enthusiasts: when you’re getting work done on your car, don’t just rely on a garage’s reputation. Take the time to meet with them in person and take a look at some of their work with your own eyes. It’s the only way to be sure that they’re the right company for you and something that we encourage all our clients to do.

Bringing up the rear

He had bought some GT2RS tailpipes about a year previous which he intended to fit to the car, but had the unpleasant task of telling him he had wasted his money. Whatever model they were from, it wasn’t a GT2RS. Could we have made them fit? Probably, but it would have been a lot of work and likely have cost more than it would to replace them with a better model. The client agreed and sourced some OEM titanium pipes that we believed would do the job nicely.

Because he wanted a GT2RS bumper fitting, we also needed to change the ducting for the intercoolers to ensure the venting wasn’t blocked by the new bumper. This also meant changing the frames that hold it all together.

We helped him source the parts for the modification and set about making the necessary changes to the ducting, tailpipes, and bumper. Our client would be overseas during the work, which would give us plenty of time to complete this part of the project to our trademark flawless finish. 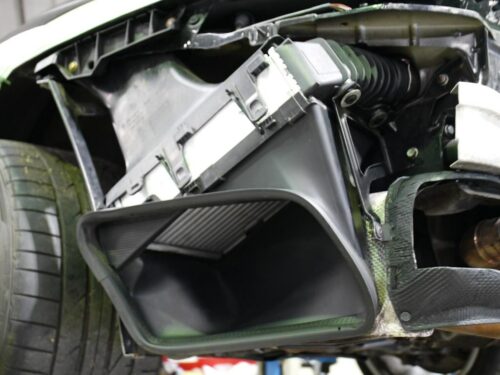 Preparing for the project

Since the client had the various parts he needed for the job at his home, we agreed to collect them for him, rather than have him incur the extra expense of a courier or a van hire. Since we knew he would be away by the time the job was done, we’d already agreed to drop the car off at his home once we had finished with it.

The parts included the GT2RS rear bumper and a carbon bumper trim, together with a set of LED tail-lights and the aforementioned tailpipes. We already knew that these would not be right for the job at hand, but our client had ordered a new set of titanium pipes to be delivered right to the workshop to prevent any further delay. 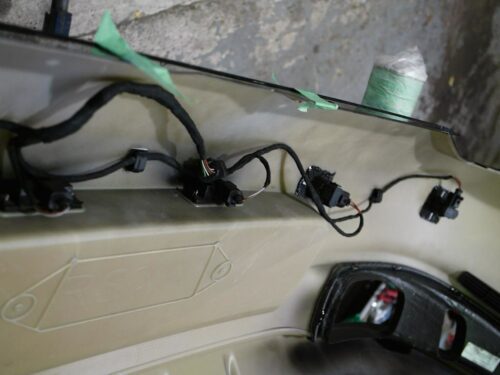 Bumps along the road

You can’t just swap a 997 Turbo bumper for a GT2RS bumper and hope for the best. The Turbo includes sensors to aid with reverse parking and the GT2RS was never designed with those in mind.

We had to measure up and drill holes of the appropriate size right ourselves before painting the bumper. We would also need to relocate the sensor brackets and graft them onto the GT2RS bumper. While we were doing this, the client’s new titanium tailpipes arrived from Germany and, to our delight, were ideal for the job.

Unfortunately – as often happens with modifications – the more we got into the project, the more issues arose.

GT2RS bumpers have their cooling ducts at the rear, while the 997 Turbo has them at the side. Changing the air ducts and gaskets also required us to change the intercooler frames, to allow everything to sit comfortably in their new positions.

We let the client know straight away, not wishing to continue the work without his approval. We walked through the various components with him, explained why they were necessary, and provided him with the best quote we could offer for the additional parts and labour.

With the work approved and parts in the shop, we were soon able to finish the job. Since the exhaust exits on the new bumper were much larger, we needed to modify the heat shield at the rear.

At the client’s request, we also fitted a set of H&R anti-roll bars. As with all our mods, the paintwork was handled by an official Porsche paint shop, creating a beautiful finish to the modified bumper with its parking sensor holes in place.

We measured and modified the exhaust to be able to install the new titanium tailpipes, which included welding on a specially shaped piece, fabricated by us in the workshop. We stripped out the existing intercooler frame (which had been installed by our client’s previous garage) and replaced it with our own modified version, swapping out the ductwork as we went.

With the parking sensors, tail-lights, and number plate lights fitted and wired up, we were able to complete the job long before our client returned home. 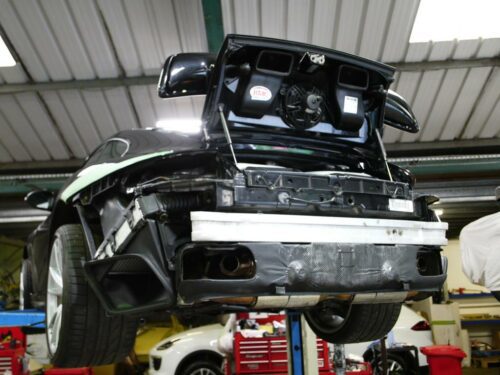 In total, the job took us around two weeks from start to finish. The end result looked spectacular. More importantly, everything that was going on under that rear bumper was as close as we could reasonably get to an actual GT2RS, something that our client was very happy with.

The work done by his previous garage, while not a bad job by any means, was definitely a workaround – something intended to achieve a particular result with no real concern about how it got there. By stripping things back to basics and rebuilding from the ground up, we were able to achieve something really special – a custom-modded rear bumper assemblage that looks right and works right.

There’s more work to be done before our client has the GT2RS replica of his dreams, as he still has the whole front of the car to modify, the parts for which will not come cheap. Once we handled the rear bumper for him, he said his next steps were to remove the rear seats and replace the carpeting in the exterior, before moving on to the more costly and technical requirements of the rest of his vehicle. 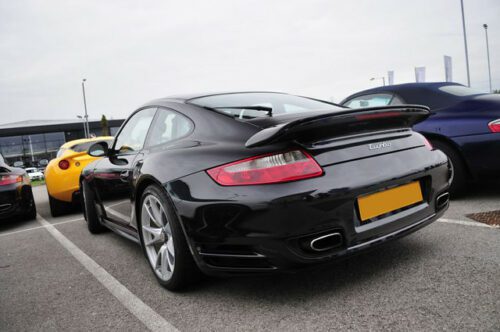 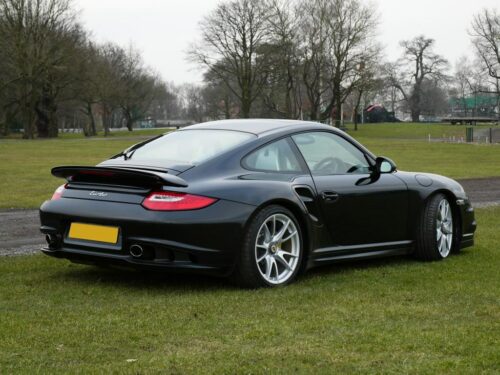 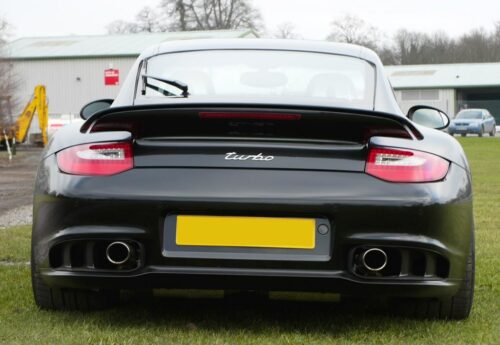 Whatever bespoke Porsche project you have in mind, the team at Tech9 can help you out. Contact us today to speak to our team about your Porsche vehicle.